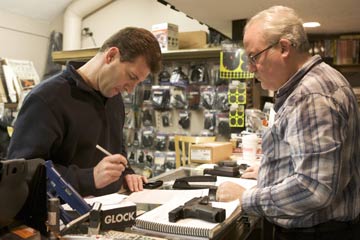 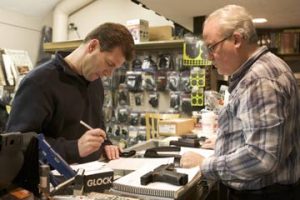 Most gun owners, especially those who are new to firearms ownership in the last 20 years, don’t think much about the NICS check that they go through every time they take possession of a firearm from a licensed federal firearms dealer.

The NICS Program came to be part of the Brady Handgun Prevention Act after many years of lobbying by Gun Control Proponents. Originally, it was argued that a thorough background check program would’ve prevented John Hinckley from legally obtaining the gun which he used to attempt the assassination of President Ronald Reagan in 1981.

The firearms community has largely accepted the NICS program as standard operating procedure even though it is a significant infringement of a strictly interpreted Second Amendment. How much do you know about the background check system and it’s history? You can learn a great deal about it in this very thorough article by Julia Lawton.

You can learn more about Second Amendment Organization’s positions on The Brady Bill, NICS and other Federal Gun Laws at https://www.2ao.org/position-statements/.

2 thoughts on “How do Background Checks work?”