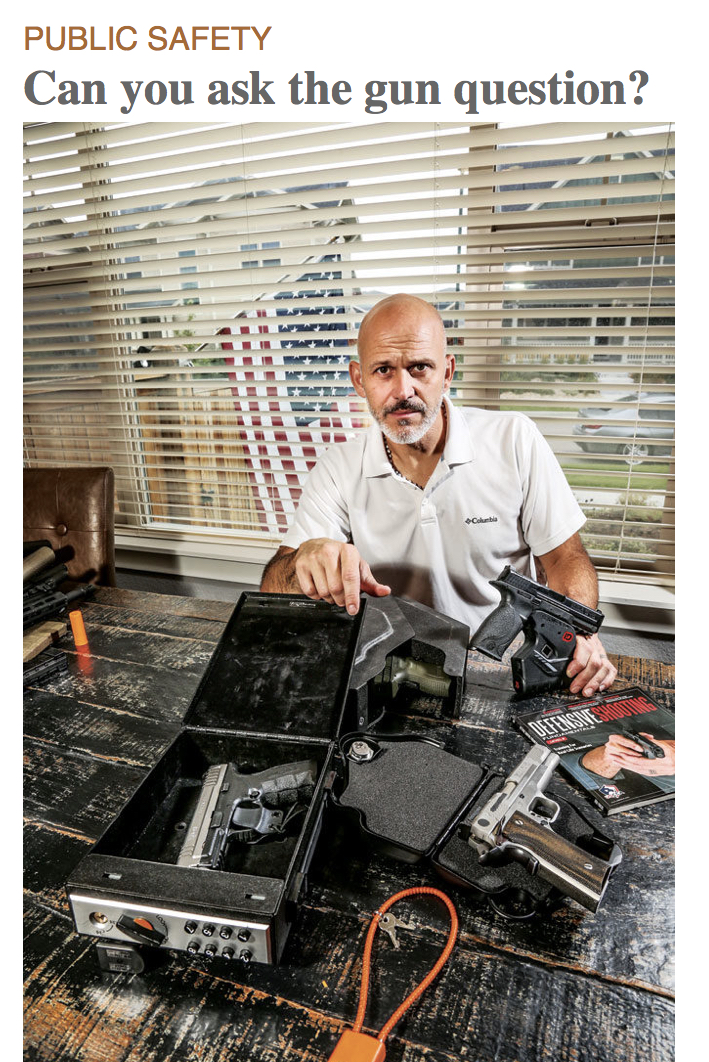 Have you heard of the “ASK Campaign”?  If you’re a gun owner who’s been paying attention to the politics of gun rights in our country over the last decade, you probably have.  The “Asking Saves Kids” Campaign encourages parents to ask about gun storage before play dates or sleepovers. It’s a pretty simple idea that was aimed at protecting kids and encouraging  responsible gun ownership. Unfortunately, that idea has been weaponized by some people to try to negatively stigmatize gun owners. Presented nefariously, the ASK Campaign can be taken by some to insinuate that any parent with a gun is endangering the kids that live or visit their home. It’s time for gun owners to take back the ideas that underlie the ASK Campaign. Encouraging gun responsibility is the right thing to do. Preventing unauthorized access through proper gun storage will protect children. Used positively, encouraging responsible gun storage inside our community also improves the image of our community with non-gun-owning parents. And, maybe, asking these questions in the right way will even encourage those parents to reconsider their position on guns in the light of the inability to protect themselves or their children in a worst case scenario when they might wish that they did have a (properly staged) defensive firearm in their home. 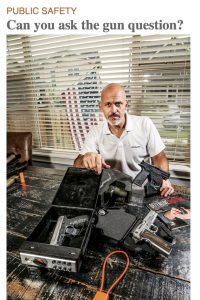 Responsible gun owning parents should be proud that they are taking steps they believe make their families safer. We should be more than willing to discuss these issues with the parents of our kids’ friends. We should be embracing the opportunity to be positive ambassadors for the gun community in our neighborhoods. I took just such an opportunity recently with a local newspaper in Denver, CO. I sat down with the Editor of the Front Porch and one of their Staff Writers about a month ago to talk about gun responsibility and safety in a home with children. They agreed to write a story that helped gun owning and non-gun owning parents navigate the potentially tricky waters of this politically charged issue. Our community in Denver would definitely be characterized as outwardly liberal leaning, but there are many socially conservative families and far more gun owners that most people would expect as well. How do I know? When you have a vehicle wrapped in camouflage with gun company logos all over it parked by your home for a few months a year, people figure out that you are “the gun guy”… and they look for opportunities to confess their own gun ownership at dinner parties, wine tastings, art festivals, swim lessons and just about anywhere else. It’s as if they are sharing a secret or greeting me with the special handshake from an elite club. The fact is that gun ownership has been negatively stigmatized in many parts of our country… and I live in one of them. You can read the fairly written article HERE.

Interestingly, the writer of the article in the Front Porch told me just a week after our conversation that she started asking around and was shocked to find out that one of her good friends, a “liberal single mom”, not only owned by also carried a gun regularly. Of course, she had never asked her about it and it had never been discussed. We, as gun owners, should be the ones starting there conversations civilly… or at least engaging in them whenever the opportunity arises. The ASK Campaign creates the opportunity for us to do our part to show gun owners in a responsible positive light.  What started out as a sincere campaign to protect kids has been unfortunately politically weaponized by some people with a different agenda. The problem is that we have bought into it just as much as people without any strong opinions on guns. 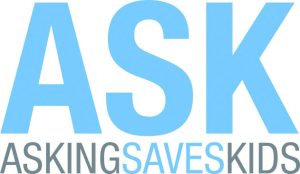 Most gun owners I know react to the ASK Campaign, or similar initiatives inquiring about guns or gun storage, with defensiveness or even anger. Those types of reactions actually work for the anti-gunners. They reinforce the idea that gun ownership is some kind of anomaly and that gun owners are irresponsible and/or paranoid. We need to embrace those moments to talk about how we take steps to prevent unauthorized access to our guns. Maybe we can even explain the difference between staging and storing and why the former is so important to being prepared to actually use a gun in a defensive emergency. We can talk about training courses and practice sessions. Maybe we can even use the opportunity to invite the other parents to attend a defensive training seminar or go to the range. Here’s a twist: Maybe you, as a responsible gun owning parent, should be initiating the conversation about gun responsibility with other parents. Let’s normalize gun ownership in this country again.

Several years ago, I developed the Family Firearms Safety Seminar. FFSS is a 3-4 hour experience for families that includes classroom and range time for parents and children. When it was launched, I expected attendees to be families that were on the fence when it came to firearms. Interested in owning them, but unsure about the safety aspects. As it turned out, over 80% of the attendees in the last couple of years have been firearms owning families hungry for more education and wanting to know if they were doing the right things in regard to storage, staging and gun safety education in their homes. As often happens, FFSS proved that most firearms owners, especially those who have come to firearms for the first time as adults, want education and want to be responsible. One portion of the seminar takes place with the adults in the classroom while the kids are on the range. During this frank discussion time, one of the topics touched on is talking with other parents about the guns in your home. Originally, I approached this topic from a defensive point of view “What should say when you are asked?”. Of Course, the advice I have put out for a long time is congruent with what I am saying in this article: “Be honest… if you can’t be honest, you probably aren’t being responsible in the first place, so fix that!” But, I soon realized that this wasn’t a topic that should be treated as something we might need to deal with, it should be dealt with as an opportunity. That is why I now advise gun owning parents to be the ones who bring the issue of gun storage up. We should be proud of who we are and how we live. We should be encouraging the same in others. We should be taking back the conversations about kids, guns, safety and preparation from those who have co-opted a simple campaign to protect kids from irresponsible actions and twisted it into a political campaign of shame and judgement.

We have a lot to say here at 2AO about Guns & Kids, you an learn more at through our position statements. Talking about gun storage with other parents can be one of the best was to be a grassroots gun rights advocate!

[Consider DONATING to the 2AO to help us do more to encourage gun responsibility, support of the Second Amendment and the continued fight to regain our gun freedoms in the US.]