There are a few important keys to making a compelling arguments as a grassroots advocate:

-Sincerely believing in your position

-Understanding both sides of the issue

-Acknowledging potential negatives of your position

If you can honestly cover all five of those principles, I believe you can consider yourself as being genuine. This is a purely subjective quality that will enhance your ability to influence others. Let’s take a quick look at each of those tenets:

Sincerely believing in your position

While it is a staple of debate courses around the world that you should be able to argue either side of a issue articulately, if you are going to act as an advocate, you need to have sincerity in your voice, mannerisms and actions. Without a little passion behind your argument, you are likely to crumble at the first challenge or, at the very least, seem disingenuous in the face of a skeptical observer. You shouldn’t try to advocate for some specific position you don’t truly hold, even if you believe that it would further a larger agenda that you hold important. If, for example, you have been a victim of domestic violence and you honestly believe that those convicted of violent crimes against family members should never be allowed to possess guns, you shouldn’t volunteer to canvas the community opposing a change in law that would remove such a restriction. You must sincerely believe in the position you are arguing for if you are going to sway people to see your point.

Understanding both sides of the issue

This is probably the area of debate that I see the most grassroots advocates screw up. Many people have the cliche’d, rhetorical versions of “the other side” memorized by the time they become advocates speaking on behalf of our community, but they actually have very little understanding of the perspective, beliefs or underlying foundations that their arguments or opinions are based on. You must remember that most of the characterizations that your side uses to paint a picture of who the enemy is are generalizations and far too many are gross oversimplifications. Those images are designed much more to fear monger, fundraise and get social media attention that to change anyone’s mind. If you are truly going to engage with people and get them to listen to you, you owe it to yourself and to them as fellow humans trying to make Earth better to try to understand their position. If that was too touchy-feely for you, from a tactical debate stand point, the better you understand their arguments, supporting evidence and underlying principles, the more likely you are to “win”.

Any argument that you make to try to convince others to join you in your opinion should be built on foundations that are as self-evident as possible. When it comes to guns, I usually start at the individuals right (and responsibility) to defend themselves from harm at the hands of an aggressor. In the last installment of our Grassroots Advocacy Series, I talked about finding Common Ground  as a basis for dialogue. That plays a role here as well, as you need to be confident that the person you are trying to convince finds your foundations legitimate. If you are simply quoting the Second Amendment verbatim and the person you are talking to believes that the Second Amendment only means that an organization, government supervised group of para-military “militia” members should have firearms, you aren’t starting from a legitimate foundation in the sense that it is meant here.

This principle might seem obvious at first, the key (again) is that the person you are speaking to considers the supporting evidence valid. If you quote John Lott to someone who is actively pro-gun control, you might as well quote your Mom. His work, as good as it has been, is already tainted in the minds of those who are educated in this arena. How would most pro-gun rights advocates respond to quote from Nancy Pelosi offered as “supporting evidence”?
You must keep in mind that most reported statistics are presented with an agenda behind them, especially in the area of Gun Issues. I usually try to sidestep talking points built around the minutia of a statistic and vehemently avoid citing anomalies or using hyperbole to make an argument. “Cherry Picking” one or two examples to try to win an argument is a common pitfall that you should resist. If there are one or two examples that you can cite, the other side can probably find a couple that refute them as well. You really need to be confident that any objective search will prove that your evidence is as compelling as possible. Imagine that you are trying to defeat your argument… can you find compelling evidence that works against you? Time to refine your argument or find the collection of data that overwhelms what you found. One “trick” I employ from time to time in debates around principles or concepts is to yield to the other side’s statistics without argument. Quite often, that takes the wind of out their sails as you can stay focused on the importance of the big picture, instead of the minutia that often derails actual dialogue.

Acknowledging potential negatives of your position

This is one of the hardest parts for anyone truly passionate about the positions they hold. It is however, one of the most important parts of being genuine. If any position you held were truly without negatives or truly self-evident, you would need to be making an argument for it, would you?  I cannot tell you how many gun control advocates have been stopped in their tracks by the acknowledgement that “the existence of guns creates risk”. Is that really a hard thing to acknowledge? It shouldn’t be… yet, I’ve seen some amazing contortions by gun rights advocates (in private and in the public media) trying to avoid admitting that simple fact. Recently, I was engaged in an online conversations about magazine capacity restrictions, which 2AO is strongly against, that involved a reference towards the talking point from advocates of such restrictions. Their argument is that lower capacity magazines create more frequent need to reload in a spree killer event, providing windows for action on the part of anyone in the area. They are correct. Most people who teach Active Shooter Response teach people to that they should recognize pauses caused by reloading, malfunctions or switching weapons as triggers to action. Rather than dismiss their argument as nonsensical when it seems to suit our agenda, it is much more genuine to acknowledge their valid point. Then we can point out all the many other reasons why magazine capacity restrictions are unreasonable or how easily they can be circumvented by the type of person who would commit a spree killing in the first place.  The employment of this principle tends to derail many of the talking points from the other side as well.  Far too many gun rights advocates are actually afraid to admit the risks of gun ownership, the burden of responsibility that comes with gun ownership and the problems of bad actors within our community. Be more genuine.

It isn’t always easy to follow these principles… some of them are very challenging and applying them goes against what appears to be the conventional wisdom employed by many would-be leaders in our community. Keep in mind that many of the “leaders” we’ve had over the past couple of decades were focused on a very different fight than the one we have today and in the near future. Many of them were also, sadly, more focused on fundraising and increasing their own success than in actually lobbying or advocating for our cause.  Don’t fall into the trap of thinking their (or their organization’s) “success” is because of an example to be followed. 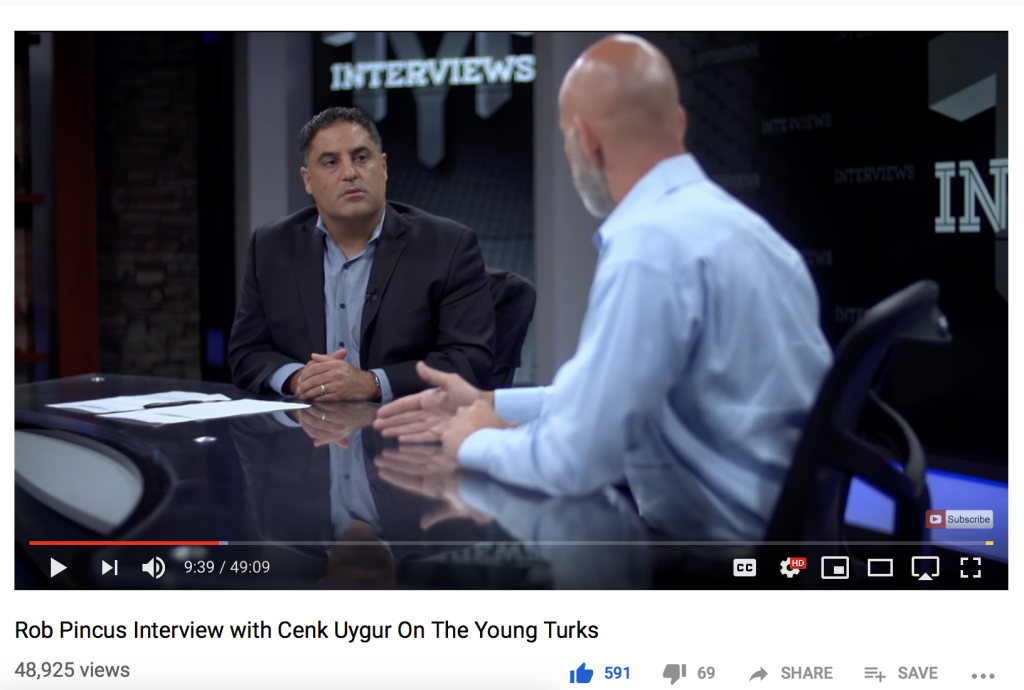 This is an example of a dialogue with a pro-control advocate, Cenk Uygur in which I employed these five principles. I was warned that I should not participate in this discussion by just about everyone in the gun community who knew that I was going to do it, including many leaders. The conventional wisdom was that none of us would be treated fairly on media like The Young Turks. Their fear was that I would be berated & belittled and that my arguments wouldn’t even be considered. I think I proved them all wrong… let me know what you think in the comments below.

2 thoughts on “Grassroots Advocacy: Be Genuine”