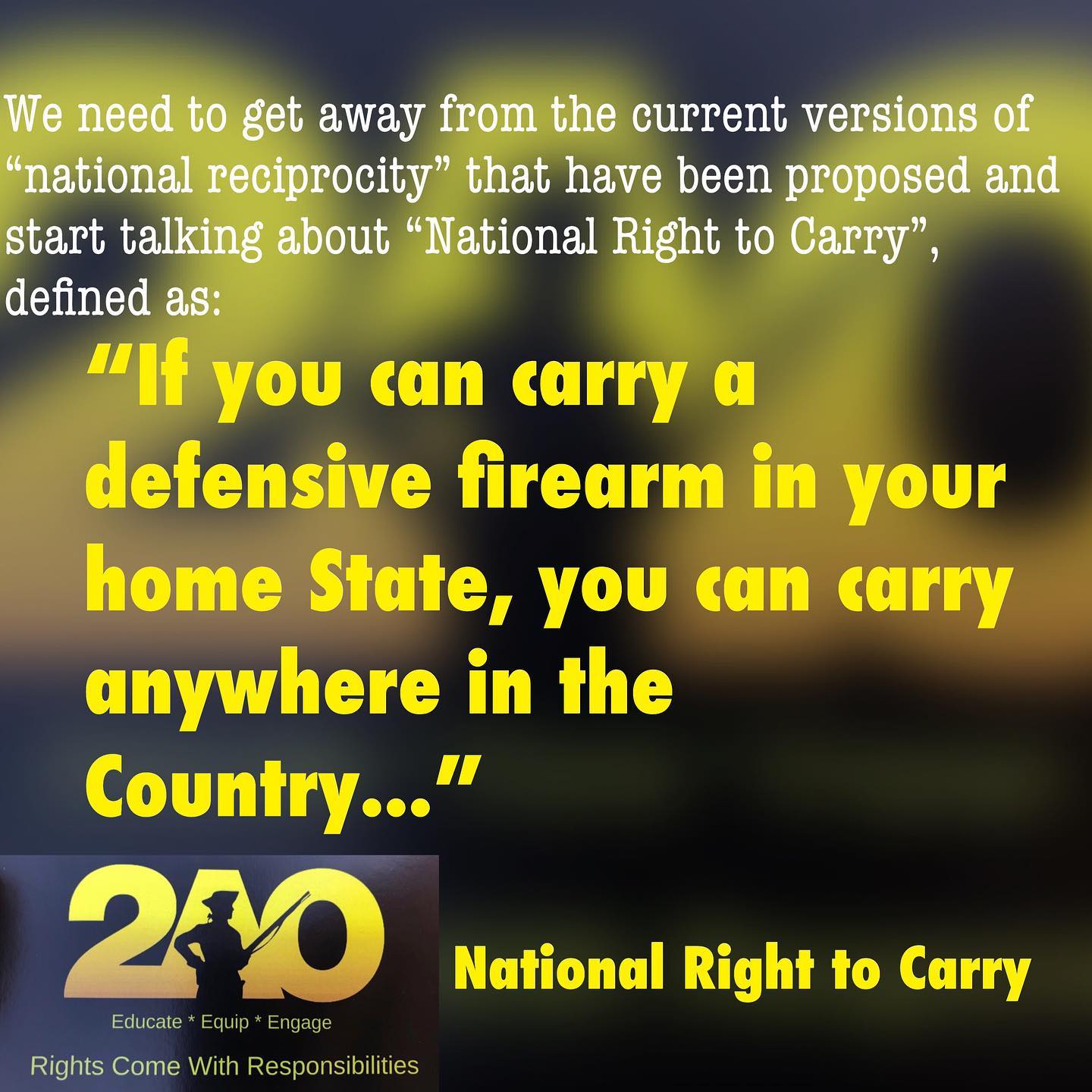 There is a huge difference between “National Right to Carry” and most of the half-measures proposed under the title of “national reciprocity”. We should not accept Mandatory Training, National Carry Permits, Lowest Common Denominator Rights or other compromises.

These types of proposals not only fail to meet what should be the pro-gun community standards, but also involve potentially serious compromises and might set up a system of National Registration shouldn’t be supported.

One of the pipe dreams that I have seen thrown out in regard to a less-than-ideal National Reciprocity Law is that it would magically allow residents of highly restrictive States such as New Jersey carry in their home State and elsewhere with non-resident permits from less restrictive States like Florida or Utah. I do not believe that a bill with such a provision would actually make it into law.

We have made incredible Defensive Carry progress across the Country over the past 30 years. There is still momentum in the “Constitutional Carry” movement. We shouldn’t be too willing to jump into a course of action that potentially reverses the trend just for the sake of the appearance of a short term political victory.

I have been on Capitol Hill lobbying for the concept of National Reciprocity. I was working with the Law Enforcement Alliance of American almost 20 years ago when we were, under the guidance of the NRA,  pushing for Police Officers to be able to carry Nationally as a foot-in-the-door to the same for all of us. It has been 15 years since LEOSA was established and we’ve seen very little of the forward movement we hoped for. Looking back, I fear the whole effort was flawed in concept and approach. We shouldn’t be asking for or accepting half-measures in the area of National Right to Carry.

You can learn more about 2AO’s position on issues related to defensive carry of firearms and many other issues at gunrights.info.