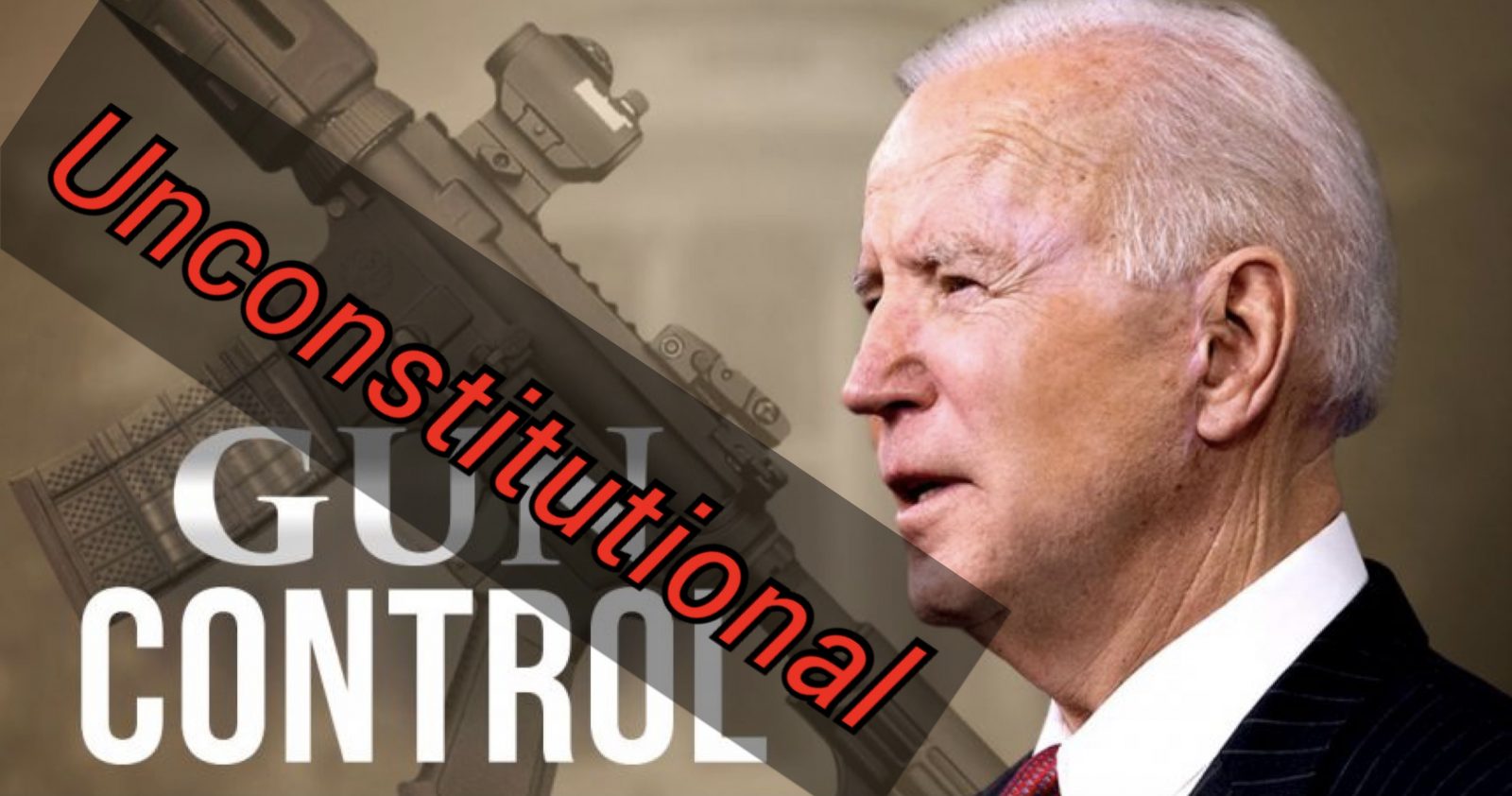 The Second Amendment Organization resolutely believes all actions that seek to infringe the right to keep and bear arms are unconstitutional.

We believe the gun control proposals introduced by President Joe Biden on April 8th are nothing more than acts of appeasement to the Gun Control lobby and are in direct conflict with the Second Amendment. These initiatives will do little, if anything, to reduce gun-related crime and gun-related deaths. The troubling proposals from the Biden Administration threaten to trample individual liberties while doing nothing to significantly reduce negative outcomes related to firearms ownership or use. They are flawed in  many ways and being justified by false claims, so false that even CNN fact checked Biden this past week.  The social programs proposed by President Biden, including bribing States to introduce ERPO “Red Flag” laws, are also troubling, given their introduction as part of an agenda to further infringe upon individual rights.

Private Gun Making is a Freedom Hobby that needs to be protected.

2AO believes the term “Ghost Gun” is not only misleading, but purposefully menacing. The Biden Administration has yet to provide any statistical data to support the claim that either guns built from kits or 3D printed firearms are commonly used by criminals conducting, or intending to conduct, violent actions. Personal gun making is a protected right and primarily a freedom hobby enhanced in by responsible firearms enthusiasts. We will continue to support and advocate for the right to build personal firearms from kits, raw materials or through 3D printing processes. Our EVP, Rob Pincus has commented on this issue in a response to Senator Charles Schumer’s press conference last week, which fear-mongered around this issue.

While emphasis on mental health issues and group violence is laudable, 2AO fears that these areas are being addressed disingenuously in an attempt to restrict individual rights and promote an anti-gun agenda.

ERPO (“red flag”) laws are an area of great concern to the entire gun community because they are fundamentally redundant with existing laws, such as restraining orders & involuntary commitments, and also awkwardly focused on firearms. Often, red flags lack fundamental provisions for court appointed lawyers, mental health professional involvement, and stiff penalties for false reporting. There are worlds of difference between New York State’s Red Flag Law and Colorado’s, for example. Incentivizing State level red flags laws that threaten freedoms without addressing the above issues, including provisions for due process, and having a clear timeline for restoration of rights is blatant back-door gun control.  The same can be said for any funding provided for “violence interrupters” that could be coerced into accepting the administration’s policy on guns or subversively working anti-gun propaganda into their programs.

Pistol Brace accessories need to be clarified as legal… and they need to be left alone.

In regard to the pistol brace issue, we have also commented on this topic recently and we feel that while the braces and braced pistols should be left alone, we see possible legal changes that would regain lost gun rights, following any attempt to paint AR Pistols (in particular) as nefarious. If the BATFE finds that braced pistols are essentially SBRS, we argue that the common usage of Braced Pistols indicates that the NFA’s regulation of SBR’s is self-evidently abusive and unconstitutional.

“All Gun Control is Racist…”  and oppressive, and an infringement against the universal right to self-preservation.

Lastly, 2AO believes these proposed initiatives will continue the long-standing trend wherein gun rights restrictions disproportionately affect those in lower income brackets with financial burdens and decreasing opportunities to use budget-friendly devices like pistol braces to increase the utility of a single firearm for multiple purposes.

All gun restrictions have a potential to unfairly burden those who may need the protection of a firearm the most. Those who are targets of hate and/or racial attacks, minorities, the LGBTQ+ community, and people targeted for their religious beliefs. Restrictive Gun Laws can also prevent or delay access to defensive tools to people in urban centers and victims, or potential victims, of domestic violence.

The first institutionalized gun control in our country was fueled by racism and we stand with many in the 2A Community who point out the inequality of the burden created by fees, taxes & mandatory training on those in low-income brackets and how subjective enforcement is used against communities of color.

2AO will continue to work to reduce negative outcomes involving firearms through education and advocacy. Our advocacy work will include espousing responsibility regarding the prevention of unauthorized access of firearms and encouraging education and practice.  2AO will continue the work of bringing together gun rights supporters from all walks of life, positions, and opinions. We believe that success in beating back these unconstitutional actions is through education, advocacy, and grass roots action.