During the second impeachment trial of Donald Trump, the managers repeatedly referred to the bad actors as an “armed mob”… as if being armed itself were a bad thing. Being armed isn’t a bad thing, and Second Amendment Rights Advocates need to guard against the term being used in that way. There are a few problems with the repeated use of the word “armed” over and over again the way it was during the trial.

The mob wasn’t “armed” in the colloquial sense 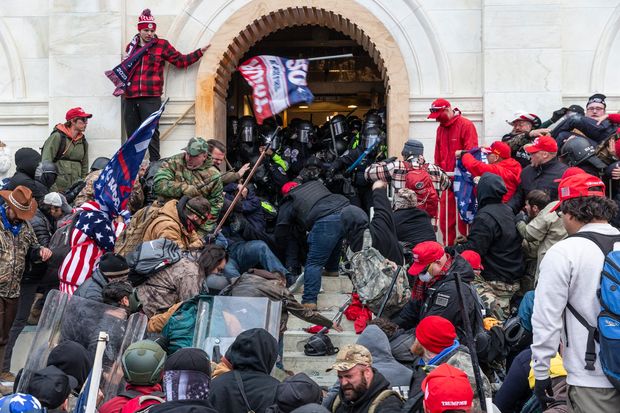 In 2021, when you say someone was “armed”, the vast majority of people are going to assume you mean with an overt weapon, probably a gun. Maybe a knife. The rioters that committed acts of violence, including physical attacks on police with improvised weapons, didn’t shoot or stab anyone… or even try to… or even threaten to. As our Joint Statement on Violence pointed out, with a hat tip to Prof. David Yamane’s rebuke of the Atlantic Magazine article trying to tie the violence to the gun community: That event would’ve looked a lot different if the mob had been armed in the way we generally think of it in common parlance.

Being armed has no bearing on Intentions

Inflection, tone, and context have a lot to do with the emotional impact of words. If the insinuation that a person is dangerous because they are armed, we have a problem.  The gun rights movement needs to work overtly against this. It might seem innocuous, but it has the potential to affect the way people think about gun rights. We are very good at defending against the idea that guns are inherently evil. We need to be just as good at defending against the idea that people who are armed have bad intentions. We know better. We carry guns, and other defensive tools, in order to defend ourselves or those we care about when we need to. On a scale of good to bad, protecting yourself or others from harm is about as good as an intention can get. Being armed is part of good intentions far more often in our society than anything else. The idea that only bad guys have guns is a cartoon trope that ignores the reality of Millions of Responsibly Armed Americans who carry defensive tools every day.

Being Armed is a State of Mind, not a physical condition 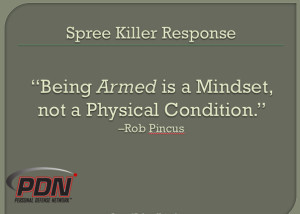 One thing I’ve said for many years is that merely having a weapon doesn’t make one “armed” in the sense I use the term as a personal defense educator. This argument is a solid one when it comes to encouraging people to get training and education to go with whatever equipment they happen to own or be carrying. While this idea that merely having gun does not mean that you are prepared to defend yourself is valid in that context, it probably isn’t very relevant to arguing that an angry person looking to do harm isn’t “armed” if they are carrying a gun that they aren’t training to use. This is the kind of nuance that is incredibly important for a grassroots advocate to understand. Some words, especially ones that are emotionally powerful, have meanings that can vary contextually. I won’t stop using this concept in my arguments inside the gun community to push people to get trained and educated, and stay practiced… but, this argument isn’t one that is appropriately used to when people are trying to make it sound like someone with a gun is more dangerous than someone without one. They are… POTENTIALLY… but it can’t be taken as a given that someone carrying a gun or any other weapon is a threat.

Being Armed is not a Statement of Intention

Regardless of how you feel about the events that took place at the US Capitol on January 6th, it is impossible to determine one’s actions by whether or not they are carrying a weapon. “Guns don’t kill people, people kill people.”… People with guns, knives, bombs, fire extinguishers and their bare hands kill people. Sometime they do it maliciously, sometimes they do it accidentally and sometimes they do it to protect themselves or others from harm. Being armed means that you are better prepared to use force. That is what a  weapon does: It is a tool that makes it more efficient for a person to disable another person through application of force. Having that capacity does nothing to indicate why someone might want to be prepared to use that force. The gun rights advocates need to keep this in mind, even when we discuss the use of guns in defense. Maybe we should think twice about nefariously saying that a threat was “armed” with any special inflection. Certainly, the fact that a threat “had a gun and fired a shot at my child” is relevant, but merely saying that they were an “armed home invader” may be playing to the narrative that being armed makes someone bad… being a “home invader” is what makes that person bad and demonstrates their bad intentions.